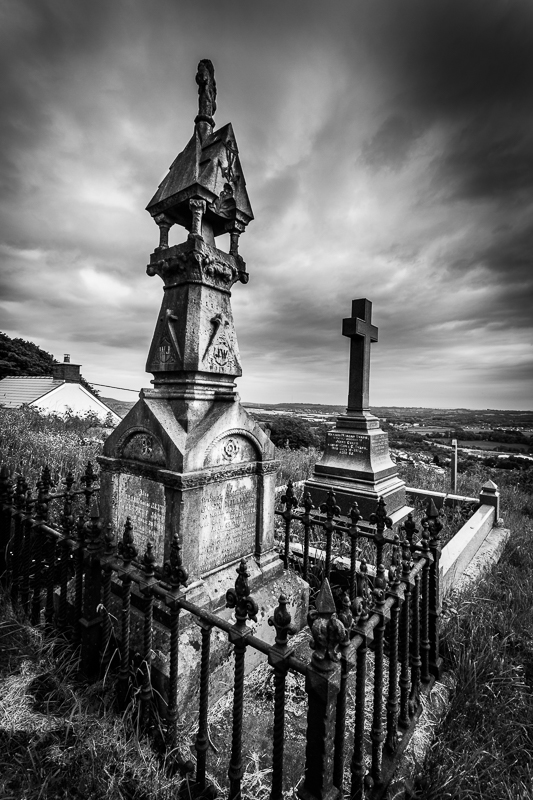 Ghosts and spirits of the plague haunted communities for generations. The Black Death, or the Great Mortality as it was known, decimated Europe, killing somewhere in the region of 25 million people between 1348 and 1350.

Wales was no different, and it is estimated that during the 14th century the Welsh population was reduced by a quarter, most of those deaths occurring in just one year, 1349.

For a rat-infested and diseased Llantrisant the devastation was long lasting. Two years earlier their gallant longbowmen had fought at the Battle of Crecy for Edward of Woodstock, The Black Prince.

Those veterans of victory returned to the hilltop town as The Black Army but almost all would succumb to the Black Death and haunting tales of their grisly deaths provided macabre stories to Llantrisant’s townfolk for centuries.

Epidemics were commonplace and Llantrisant was ravaged by typhoid, diphtheria and particularly smallpox. This harrowing tale of disease caused an entire street to be demolished and bodies entombed with strict instructions “Not to be Opened” across their crypts.

Filth ran through the open ditches, fly-blown meat and stinking fish, contaminated and adulterate ale, polluted water, epidemic disease and unspeakable privies. The wretchedness of the town was notorious.

The gruesome site of victims reappeared from the wretched, terrible, destructive sickness, the remnants of the people alone remain and their spirits walk the land where their homes once stood.

“We had an amazing time! We learnt so much about the history of Llantrisant and the guide amazed us with his knowledge. We would definitely go again and recommend it to friends Thank you very much.”